A Facebook Employee Was Tortured in Iran. Shouldn’t the Company Be More Prepared for Situations Like This? 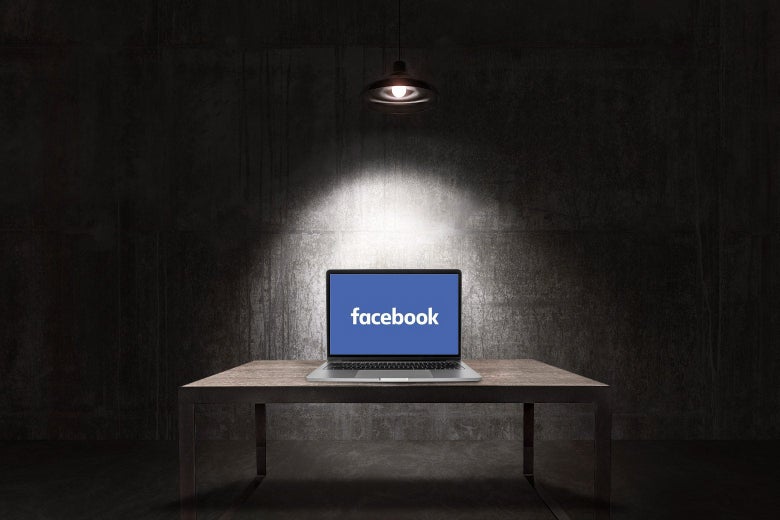 Among software engineers, Behdad Esfahbod is something of a celebrity. He created HarfBuzz, a tool that allows programs to render scripts in languages like Persian, and led Google’s fonts and text-rendering efforts. In 2019, he went to Facebook to work on its internationalization team, earning about $1 million a year. The following year, in January, he traveled to Tehran for what was supposed to be a two-week trip to visit his family. It became a nightmare.

On a Wednesday, he was supposed to meet up with friends at a café. On his way there, Esfahbod says, he was approached by four officers with the Islamic Revolutionary Guard Corps, a branch of the Iranian military tasked with keeping the current regime in power. (The U.S. considers it a terrorist organization.) The officers served Esfahbod with a warrant for allegedly cooperating with hostile entities and acting against the security of the Islamic regime. Then they whisked him off to the nearby Evin Prison for political dissidents.

Esfahbod’s encounter with the IRGC threw his life into chaos. He was tortured and spent months afterward living in fear. In the aftermath, Esfahbod went public with the story of his capture, which made international news. Unsurprisingly, it also made waves within Facebook, according to an internal document leaked as part of the Facebook Papers that was initially viewed by more than 5,500 employees. After we saw it, we called Esfahbod up, and he told us the full story of his experience and why he eventually left Facebook. And he described something strange: Not only did Facebook appear to fear Iran, but the Iranian authorities seemed wary of offending Facebook, too.

Esfahbod says the IRGC targeted him because of his friendships with activists who’ve been developing tools to circumvent internet censorship in Iran. (Esfahbod did participate in Iran’s Green Movement to remove former President Mahmoud Ahmadinejad in 2009, but he says he is not currently an activist.) He was placed in solitary confinement for a week, save for two sessions of psychological torture and daily six-hour interrogations. The guards went through most of his devices and downloaded troves of private data from his social media accounts. They also tried to convince him to become an informant and keep tabs on his activist friends once he left Iran.

Although the guards tried to present themselves to Esfahbod as powerful and threatening, they were surprisingly sheepish about anything having to do with Facebook. The guards knew he worked there, but they didn’t ask him about his job and were generally wary of getting involved with the company, Esfahbod told us. They didn’t even touch his company-issued laptop. “The guards were more afraid of opening up that laptop and Facebook overhearing the room. They didn’t even ask me to try to connect to Facebook,” Esfahbod said. After the guards threatened his family and said that they’d imprison him for 10 years, he agreed to set up meetings with the activists he knew abroad and report back. They let him go, but he never followed through on the deal, despite the IRGC’s later attempts to contact him through Instagram DMs and WhatsApp (services that are both owned by Facebook’s parent company, Meta).

Esfahbod left Iran and ended up in Lisbon, Portugal, where he had an apartment. There, he tried to put his life back together. But his ordeal wasn’t over.

Facebook had learned of his detention from his wife and friends within two days of his arrest. Esfahbod believes that may have been when the company’s Global Security Operations Center shut down his Facebook accounts to prevent infiltration. Following his release, Esfahbod experienced crippling paranoia and fell into a deep depression he attributes to his bipolar II disorder. He felt unable to return to work. His manager initially told him not to worry about it, but Facebook HR informed him after a couple of months that he had run out of vacation days and had to go on unpaid leave. He filed for medical leave, a process in which he says he was repeatedly asked for a date he would return to work. Furthermore, he couldn’t reactivate his Facebook accounts without doing so in person, in Seattle. But Esfahbod didn’t feel comfortable returning to the United States from Lisbon at a time of heightened scrutiny of Iranian Americans (this was after the killing of Qassem Soleimani). He also worried that not having his social accounts would make it harder, not easier for him to pass potential border questioning. To Esfahbod, he’d been placed in a Catch-22. “Basically every interaction I had with Facebook HR was so out of tune, was so inhumane,” Esfahbod told us.

Though Esfahbod felt his treatment by Facebook fell short, it may not have been unusual. “Facebook has 60,000 employees. When you’re building a leave policy for 60,000, you’re not thinking of the one person that got detained by a foreign government,” says Tim Sackett, an HR analyst and president of HRU Technical Resources. “When you have these one-offs, it’s kind of a unicorn event,” he says. Though a company should do its best to protect its employees, leave policies aren’t always equipped to deal with extraordinary events. Sackett also pointed out that HR departments are often designed primarily to protect the company, rather than individual employees.

The question, however, becomes whether Facebook should have more tailored policies for situations like the one Esfahbod went through, given its global presence and large international workforce. Facebook has encountered issues of its employees running afoul of authoritarian governments before: In 2016, Brazil arrested a Facebook executive over WhatsApp data; India threatened arrests of Facebook employees earlier this year.

Esfahbod found it strange that Facebook didn’t ask him what had transpired in Iran. “It felt like they were keeping their distance,” he said. “They didn’t even want to know if my detention had anything to do with Facebook.” (Sackett says that in order to standardize processes, HR departments often won’t ask about the details of traumatic events, which employees can find dehumanizing.) Esfahbod also said he didn’t have direct contact with the company’s security team.

Kadia Koroma, a spokesperson for Meta, said in a statement, “Meta takes appropriate cautionary measures related to certain higher risk countries. However, specific details about those measures remain confidential and are proprietary to maintain the safety of our customers, people and products. Given the confidential nature of employee matters, we are unable to provide specific details about communications the company has had with Esfahbod.”

We do know that Esfahbod’s story was a subject of discussion within the company thanks to the Facebook Papers, a trove of tens of thousands of documents and posts collected by whistleblower Frances Haugen. In August 2020, there was an internal memo alluding to Esfahbod’s capture (without naming him) sent by a member of the company’s security division, according to the disclosures made to the Securities and Exchange Commission and provided to Congress in redacted form by Frances Haugen’s legal counsel. (The redacted versions received by Congress are being reviewed by a consortium of news organizations, including Slate.) The post is titled “Employee Safety and Recent Events Surrounding Former Facebook Employee” and reads in part:

Some employees have raised concern regarding a former Facebook employee who was arrested and tortured by members of the Iranian Revolutionary Guard Corps. Our heart goes out to the employee and their family. It is terrible that the former employee had to endure this treatment and we take this type of situation very seriously.

The note goes on to say security’s “first priority … [is] to keep our employees safe.” It outlines measures that employees should take to manage their safety, including: watching for suspicious activity if they are involved with open-internet groups that work against the Iranian government, being aware that they may be targeted by foreign governments as Facebook employees, installing additional security requirements on their accounts, and leaving company equipment behind when traveling to “High Risk locations.” (Some other places that have been labeled “high-risk” by Facebook:Myanmar after its recent military coup,the United States during the Capitol insurrection, andthe city of Minneapolis in the time leading up to Derek Chauvin’s trial.)

It’s a document that reveals how aware the company is of risks associated with the Iranian and other governments, even as it asks employees to be proactive about their own security. Facebook has often publicly tangled with Iranian digital-influence operations, from attempts atU.S. election interference totroll farm operations toconnections with U.S. military personnel; a few years ago, as digital rights advocate and Oxford scholar Mahsa Alimardani told us, Iran “tried to put Mark Zuckerberg on trial for criminal charges.” The country banned Facebook following its infamous 2009 elections out of concern over activists’ use of the site. However, Iran’s government kept using the network, posting general updates to the outside world while also monitoring the social media actions of its diaspora. On Thursday, a federal grand jury indicted two Iranian nationals for spreading U.S. election–related conspiracies through Facebook—among other digital outlets—in October 2020. During Haugen’s testimony before the U.S. Senate last month, she claimed thatIran was using Facebook for espionage, which the company reportedly had knowledge of. That last point is confirmed by another one of the leaked documents, which features a series of memos from February focusing on resisting espionage efforts from Iran.

However, an April 29 chart, featuring data from the artificial intelligence engineers who worked on Facebook’s nonhuman “misinformation classifiers,” shows that Facebook failed to train enough of its classifiers to recognize content written with the languages spoken in Iran. Despite Facebook’s concerns about Iran manipulating its platform, it didn’t do nearly enough to look out for misinformation written in the country’s official language, Farsi (which has been widespread in recent years). It fits in with other evidence that Facebook’s awareness of various problems far outpaced its efforts to address them.

Meanwhile, based on Esfahbod’s story, Iran’s most powerful military force is also scared of Facebook. “Facebook’s resources and technologies far outweigh Iran’s in terms of technological sophistication,” said Alimardani. “I don’t doubt that [the IRGC] would be intimidated by Facebook’s technical superiority.” Facebook’s stalemate with Iran appears to have been to Esfahbod’s benefit, as the IRGC didn’t attempt to leverage his position at the company.

Esfahbod remained on leave for several months, eventually gaining entry back into the U.S. (and recovering his personal social media accounts). Then in June 2020, he posted public callouts of what he referred to as the “violence, abuse, racism, and colonialism in the type industry” (referring to the designers and associations responsible for the fonts we use on the web). He said that at this time, HR approached him with concerns about his Twitter activity, which felt to him hypocritical, given Facebook’s own approach to moderation—the company had only recently decided to leave up Donald Trump’s controversial “when the looting starts, the shooting starts” post—and how hands-off he’d felt the company had been about his detention. He resigned from Facebook the same day. Content policy and employee policy are ostensibly two separate issues at any social media company. But in Facebook’s case, they are issues that repeatedly run into each other.