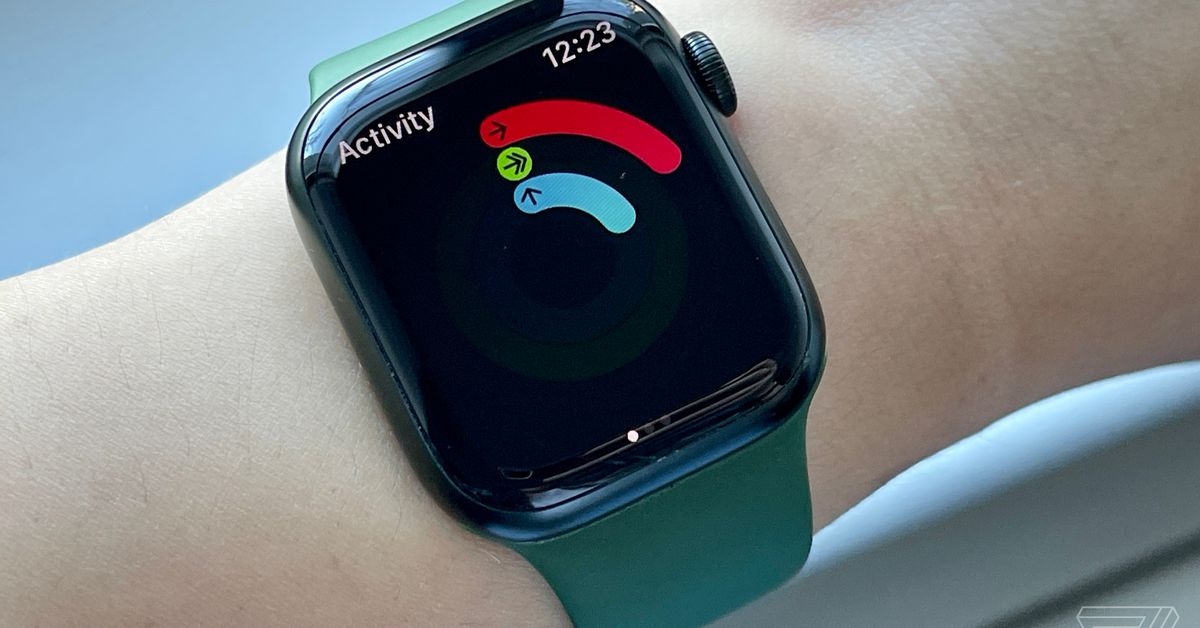 If there’s one thing wearable makers learned during the pandemic, it’s that people are stressed out — and with good reason. It’s led to companies like Fitbit and Apple expanding stress management and mindfulness features in their most recent products and services. But while it’s encouraging to see wearables makers acknowledge that mental health is part of overall health, there’s still one major oversight: modern wearables are fundamentally centered around building and maintaining streaks.

Whether it’s hitting your daily 10,000 steps, burning a certain number of calories, or reminders to move every hour, the aim for most wearables is to help you build better health habits. To do that, consistency is key. No one’s denying that. But any athlete or doctor will also tell you that rest and recovery are incredibly important to your overall health, preventing injuries, and avoiding motivational burnout.

Unfortunately, most wearables fail at giving you a break, even when it’s justified. It’s simply not built into their programming.

Take the Apple Watch. Apple’s Fitness app revolves around closing three rings: the Move ring for calories burned, Exercise for minutes spent being active, and Stand for how many hours you stand in a day. In the Awards section, you can earn badges like “Longest Move Streak” and “Perfect Week” for each ring. Essentially, you’re rewarded for meeting daily goals over a long period of time — regardless of whether that’s what your body and mind needs at the moment.

Apple’s not the only one guilty of this. Fitbit, Garmin, and every other fitness tracker under the sun also use gamification as a motivational tool. While it can feel amazing when you’re in the zone, it can ironically be demotivating when you break a streak for reasons outside your control. And the longer the streak, the more demotivating it becomes when you inevitably break it.

Being a wearables reviewer means I’m hyper consistent with a training schedule. However, even I occasionally fall ill, get injured, or have a major life event that necessitates falling off the horse for an extended period of time. In those instances, it’d be more useful if I could just hit a “pause” button.

Earlier this year, I got too caught up in keeping a streak going, which in turn led me to ignore signs I was overdoing my training. The result was a nasty case of shin splints. Common sense dictated I lay off my regimen until I was fully healed. That said, it was hard not to feel the sting of breaking a 90-day streak even though I was doing the best thing for my health. This scenario isn’t rare. Peruse any smartwatch or fitness forum and you’ll find people fretting about streaks or obsessing over losing “credit” for an arbitrary goal.

This isn’t to say wearables companies and fitness apps aren’t moving in the right direction. With the Fitbit Charge 4, the company moved away from its arbitrary 10,000-step goal toward a new metric called Active Zone Minutes (AZM). What made this shift notable is AZM focuses on your weekly activity level, as opposed to daily streaks. This year, the company also added something it calls a Daily Readiness Score, which helps users decide how active they should be based on their body’s signals and prior activity. In watchOS 6, Apple added a Trends tab that contextualized your progress over the past 90 days compared to your yearly average. This year’s watchOS 8 update also added a host of mindfulness tools, but they’re more focused on meditation than recovery. (The Apple Watch’s native sleep tracking also still leaves a lot to be desired.) These are all steps in the right direction, but most mainstream wearables still don’t have a way to stay motivated without penalizing you for needing a physical or mental break every now and then.

The wearable that comes closest is the recovery-focused Oura Ring. It defines a “good” activity score as hitting a calorie goal three to four times a week, and last year, it added a new Rest Mode. In Rest Mode, the ring snoozes your activity goals and readjusts your scores to prioritize recovery. But the Oura Ring is also a niche health wearable that lacks many of the smart features people have come to expect.

Smartwatches and fitness trackers can be excellent tools for anyone looking to build better habits. But people aren’t machines, and they don’t need to be shamed for breaking streaks or losing some fitness during a recovery period. This is doubly true for those dealing with life’s tribulations. No one wants to get a reminder to move when they’re at a funeral or going through a rough time. You should be able to hit a button that pauses streaks, mutes motivational reminders, and ideally, automatically sets easier goals based on your metrics when you’re finally ready to get back to your usual routine. Maybe then, people would feel less inclined to give up and let their trackers collect dust in a drawer.