Warehouse workers and delivery drivers are striking in Italy marking one of the biggest actions of its kind in Europe.

Read original at VICE US - Motherboard 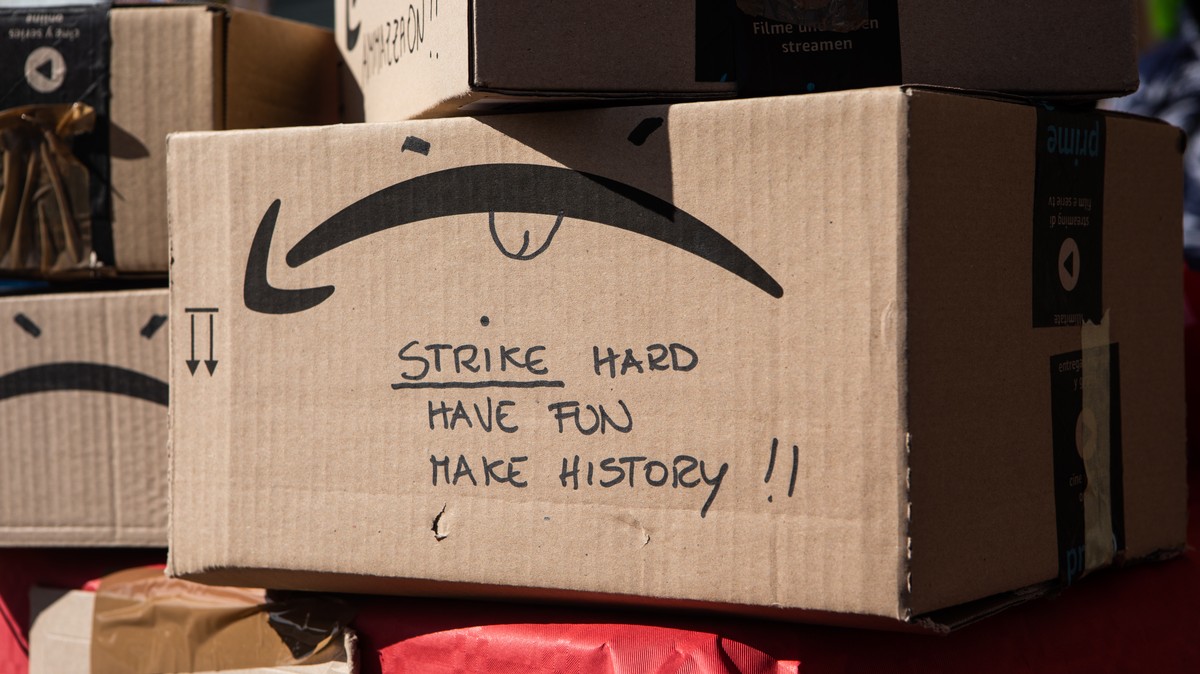 Amazon warehouse workers and delivery drivers in Italy began a 24-hour strike Monday, the largest action of its kind for the retail giant in the country. The strike comes after negotiations over reduced working hours, collective shift bargaining, and meal vouchers broke down between Amazon and national labor unions Filt Cgil, Fit Cisl, and Uiltrasporti.

The unions say that 75 percent of workers are participating in the strike. Amazon disputed this claim, saying only 10 percent of its 9,500 “direct employees” in Italy participated the strike, and 20 percent of its 15,000 delivery drivers, who are employed via delivery service providers. Amazon also said that the strike had “no impact” on deliveries.

Driven by increased online delivery demands during the pandemic, Amazon logistics workers have reported grueling hours, lasting physical pain and injuries, as well as mental health issues. These complaints are far from limited to Italy or even Europe, with Amazon workers in the United States reporting similarly brutal working conditions.

“This is the first strike of the Amazon supply chain in Italy, and certainly in Europe—it’s also an initiative that has no parallel even in the United States,” Michele De Rose, national secretary of Filt Cgil, one of the unions behind the strike, wrote in a statement. “This American multinational must take note that the trade union is a part of the history of our country, and that it must deal with workers’ representatives in compliance with a system of established trade union relations, protections, and rules.”

In a statement to Motherboard, an Amazon spokesperson rebuffed the unions’ concerns and claimed that it in fact treats its Italian workforce quite well.

“The fact is, Amazon and our Italian network of independent delivery service providers already offer what these groups are asking for - excellent pay, excellent benefits and excellent opportunities for career growth, all while working in a safe, modern work environment,” the spokesperson wrote. “The unions know this. We thank the thousands of employees and drivers of our independent delivery partners in Italy who came to work today to ensure customers received their orders on time.”

Update: This story has been updated with additional comment from Amazon.