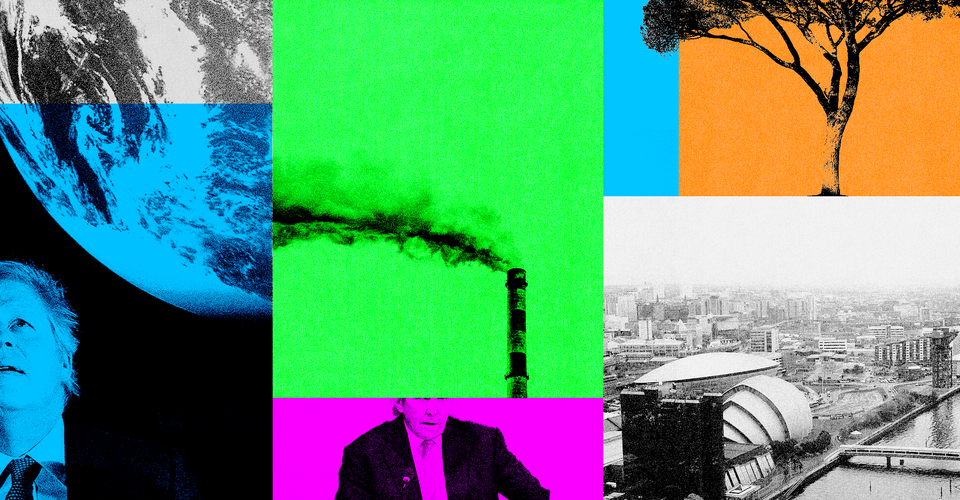 The 26th Conference of the Parties to the United Nations Framework Convention on Climate Change, and the third meeting of the parties under the Paris Agreement, is not going to save the world.

You would not know it from the headlines. The rhetoric of climate journalism can sometimes swell with catastrophic overtones, but accounts of COP26, which will come to a close today in Glasgow, Scotland, have reached a new level of engorgement. “Can the Glasgow climate change summit save the world?” asked The Hill. “The fate of the planet will be negotiated in Glasgow, Scotland,” Vox declared. The BBC called Glasgow “the last best hope to fight climate change.”

It isn’t—or, at least, it isn’t in the way that such coverage suggests. In the next day or so, countries will likely agree to a “Glasgow deal,” but it will not resolve the core challenges of climate change, nor will it launch a new era in international climate diplomacy, nor will it outshine the 2015 Paris Agreement. The most important advances to come out of Glasgow probably won’t appear in the deal at all, and we may not know what they are for another decade.

Despite all this, what’s happening in Glasgow now—a relatively arcane contract negotiation surrounded by a very large trade show—is crucial. Its outcome will shape the future path of global warming. It just doesn’t matter for many of the reasons that mainstream news coverage discusses. It matters because the world is deciding what it means to live under the Paris Agreement on climate change.

Officially, Glasgow is important for two reasons. First, under the Paris Agreement, countries must submit a new carbon-reduction pledge to the UN every five years. The first round of those pledges was due at Glasgow in 2020, but with the COVID-19 pandemic, the UN pushed the conference back a year, and most countries missed the end-of-year deadline for new pledges.

That first round of pledges is now public, and they show that countries are more ambitious about tackling climate change now than they were in 2015. Under the initial Paris pledges, the world was projected to warm 2.7 degrees Celsius by 2100; the current Glasgow pledges for 2030 would get the world to 2.4 degrees Celsius, according to the Climate Action Tracker, an independent scientific analysis group.

But there’s a wrinkle here: The policies that countries actually have in place are not as strong as what they have pledged. Under the national policies in place today, the world is still due to warm 2.7 degrees Celsius by 2100. One of the surprises of the Paris process is that countries have made international climate promises that they have not yet enshrined into law. In the United States, for example, the Biden administration has promised to halve emissions by 2030, but Congress has yet to pass the legislation that would accomplish that.

The second reason that Glasgow officially matters is because negotiators are still hashing out the terms of the toughest section of the Paris Agreement. Many of these questions are about finance—who pays for preparing for and mitigating climate change in poor countries?—and a section of the Paris rules called Article 6, which governs how to count carbon reductions that have been traded in international carbon markets. These are important disputes with long-term ramifications for whether countries can avoid cutting carbon at home by buying emissions offsets from poorer countries, a loophole that would hamper the Paris Agreement’s ability to reduce emissions.

But America’s diplomatic announcements in Glasgow have very little to do with these substantive issues. Instead, the United States, the United Kingdom, and more than 100 other countries formally adopted a pledge to cut nearly a third of their annual emissions of methane, a greenhouse gas more than 20 times as powerful as carbon dioxide, by 2030. The U.S. is one of 130 countries pledging to end deforestation by 2030. It organized a “First Movers Coalition” of major companies that committed to buy zero-carbon steel and concrete, which will help create demand for the climate-friendly products. Perhaps the country’s biggest domestic accomplishment was a joint statement with China, which was newsworthy not because it said anything new, but because transpacific ties are so frayed right now that any joint diplomatic action suggests progress is possible.

These sorts of results are typical of COP: lots of committing, not a lot of co-doing. All this pledging is worthwhile, of course. Methane is such a potent greenhouse gas that the pledge, if carried out, will shave 0.2 degrees Celsius off the world’s temperature in the middle of the century. And the deforestation initiative, if successful, would represent a species-level achievement in conservation and planetary stewardship for humanity, which has been clear-cutting forests since at least 4000 B.C.

But the overall effect of the achievements more closely resembles tapas than T-bone steak (or Tofurky), and you would not be wrong to leave the meal unsated. The most important way to stop climate change is to stop burning fossil fuels for energy, which produces carbon pollution. Yet COP26’s major accomplishments have done everything but touch this issue. Where are the emissions cuts? Dozens of countries around the world pledged to phase out coal, a move that the Biden White House has suggested that it supports but did not join, because it cannot afford to alienate Senator Joe Manchin, from the coal-loving state of West Virginia, before he votes for the Build Back Better Act. America’s domestic politics, in other words, prevent it from acting too aggressively on the international stage. This might dismay climate advocates. But it also shows that the Paris Agreement is working as intended.

There are two ways to understand the world’s path to decarbonization. The traditional view stresses that climate change is a global-commons problem. Decarbonization, in this view, is an inconvenient but worthwhile endeavor, in which everyone is responsible for cleaning up after themselves, somewhat like picking up your own litter in a nice park. Nobody should litter, and picking up your food scraps is the right thing to do. But if some picnickers—or countries—stop doing it, then others may conclude that it’s not worth the hassle.

The second view reframes climate change as a distributive conflict. In every country, some set of companies, coalitions, unions, and residents want to adopt climate-friendly policy, motivated either by earnest environmental concern or material interest (see: EV makers). At the same time, other companies, coalitions, unions, and so on want to retain the fossil-fuel-dependent economic system that already exists.

There is some truth to the first account—especially in a pre-2015 world of expensive clean energy. But the second account describes the real process of change, the push and pull to pass ambitious policies despite serious opposition. It describes the decisive opposition (and misinformation campaign) run by oil companies, manufacturers, railroad companies, and industrial unions that stymied the U.S. in passing climate policy during the 1990s. And it captures the coalitional politics that have actually resulted in climate-policy victories, such as the solar and wind tax credits, or the Biden administration’s recent trade arrangement over clean steel.

Whichever hypothesis you accept will shape how you understand the Paris Agreement. If you believe that countries would happily decarbonize if only they had the proper incentives, then the Paris Agreement seems inadequate, if not negligent. The agreement’s main mechanisms—ratcheting up carbon-reduction commitments over time, “naming and shaming” countries that fail to do so—doesn’t fix the global-commons problem.

If you accept that the world is locked in a complicated conflict of redistribution over climate change, and that decarbonizing does not necessarily entail sacrifice, then the Paris Agreement will … also seem inadequate, probably. But its structure will make more sense. The annual meetings under the auspices of Paris allow for climate-concerned actors in each country to come together and make their plans. It allows the U.S. to push large American companies toward decarbonization and find international markets for U.S. clean-energy start-ups. That, in turn, should change the domestic politics of climate change over time, making it cheaper and easier to pass aggressive climate policy at home and champion it abroad. The Paris Agreement, and the Glasgow conference, allow what I have called the “green vortex”—the feedback loop of cheaper technology, business investment, and favorable politics that drives decarbonization—to spin faster and faster.

This is the irony of COP26—and, perhaps, every COP for the foreseeable future. On the one hand, COPs abound in hype, in theatrics, in self-imposed deadlines and weighty declarations. It is fitting that Leonardo DiCaprio goes to them. On the other hand, the point of COP, under the Paris program, is to push global climate action forward through hype, theatrics, made-up deadlines, and weighty declarations, and by being the kind of thing that Leonardo DiCaprio would show up to. The “name and shame” mechanism at the heart of Paris requires the world to talk about climate change, and nothing gets the world talking like having a big multi-week event aimed at getting the world talking.

In that sense, reaching a deal at Glasgow is tremendously important, because what really matters is the sheer fact that a deal has happened at all. If the delegates can agree to something, it shows that momentum is continuing, that the world still wants to decarbonize, that the Paris Agreement is barreling forward as it was before. And it shows that the world is still paying attention to those—whether they be skeptical lawmakers in Washington or covetous technocrats in Beijing—who aim to stop the forward moment and immiserate the world.