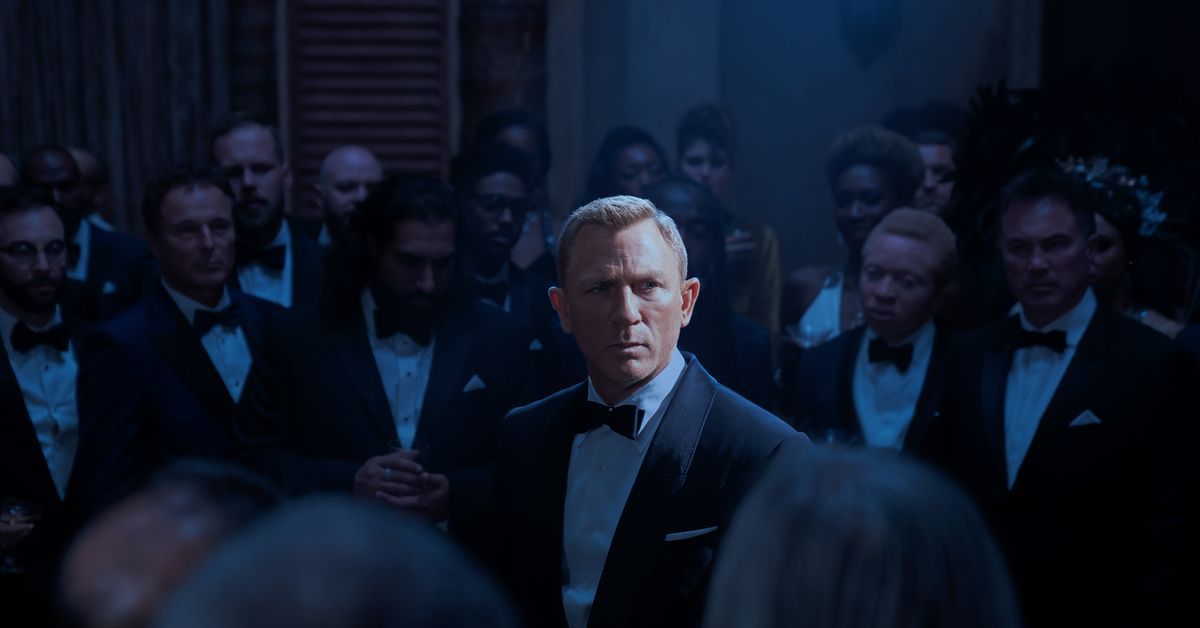 The excitement that greeted the 2006 release of Casino Royale, the first James Bond film to feature Daniel Craig as the legendary MI:6 field agent bearing the 007 designation, was palpable, even from those who had reservations about the film. It was a tighter, more dangerous Bond flick than the goofier Pierce Brosnan incarnations that immediately preceded it, and featured a hero who seemed both stonier and, at times, more human, less caricature of a dashing, devil-may-care spy. Craig didn’t look like the Bond that Ian Fleming described in his novels, but he acted like him and seemed poised to pull the flagging franchise into a new century.

“Let the purists squawk,” Ty Burr wrote in the Boston Globe. “In Daniel Craig, the Bond franchise has finally found a 007 whose cruel charisma rivals that of Sean Connery.”

“Casino Royale is almost everything you want in a Bond movie as well as everything you didn’t know you wanted,” wrote Salon critic Stephanie Zacharek. In the New York Times, Manohla Dargis called him “a meaner James Bond for these nastier times.”

Times have only gotten nastier since 2006, and Daniel Craig’s meaner Bond has endured. He’s now the longest-serving Bond, with five films released across 15 years. It should have been 14 years, but No Time to Die, the latest in the series and definitely Craig’s final installment, was among the first films to be hit by pandemic delays.

It’s long been known that No Time to Die marks Craig’s last turn in the iconic role. For years, speculation has swirled about who the next Bond will be — speculation that, at this point, is probably one of the franchise’s best marketing tools. What better way, in a movie landscape soaked with franchises and heroes, to remind people that Bond still exists than to float the rumor that, say, Idris Elba or Emily Blunt will play the agent next?

The casting question isn’t just a headline-grabber, though. It plays into a bigger question about James Bond: What will the next Bond be like?

Sean Connery’s Bond was suave, promiscuous, and amoral, with no compunction about killing anyone who gets in his way. As the first actor to play 007, in seven movies starting in 1962, Connery is inextricably linked to the agent’s favorite drink — a martini, shaken not stirred, which incidentally is a terrible way to make a martini — and to the catchphrase “Bond, James Bond,” which has been echoed and parodied a million ways.

Roger Moore, in contrast, never ordered that silly martini nor drove the signature Aston Martin during his stint in the ’70s and ’80s, and he was a campy charmer. (He went to space!) The short-lived, late-’80s era of Timothy Dalton was rougher around the edges, in keeping with what critic Keith Phipps recently termed “a leading man who sometimes looks as if he’s in the midst of a final exam for which he hasn’t studied enough.” Then in the ’90s came Pierce Brosnan, smooth as silk, pretty and smirking, looking as if he was born in a tuxedo. (George Lazenby never really had a chance to shape the character, as he only got one crack at him in 1969’s On Her Majesty’s Secret Service and then declined to continue in the role.)

Daniel Craig’s Bond has been sexy and clever, his chiseled jaw set with determination throughout his yearslong pursuit of revenge following the death of his beloved Vesper Lynd (Eva Green) near the end of Casino Royale. He’s been (somewhat) less beset by the absurdly casual misogyny of the first few decades of Bond, and his gadgets have felt a little more directed toward an end than just fun doohickeys for the audience to marvel at. His globetrotting adventures have been much more haunted by the past.

That’s probably because, as many have noted, the arc of Craig’s run as Bond was visibly influenced by arguably the most important development in 21st-century big-budget Hollywood: the interconnected cinematic universe ushered in by the most recent style of superhero movie. As David Ehrlich wrote in Rolling Stone, “Until 2008, the James Bond franchise was a lot like Groundhog Day” — every film as a variation on a theme, without one having much bearing on the next. Bond never aged, though the actor who played him did, and time never really passed. His existence was not wholly unlike, say, that of The Simpsons.

Change first came for Bond when Casino Royale effectively rebooted the franchise entirely in 2006, and then again in 2008, when Quantum of Solace not only acknowledged the existence of Casino Royale but presented itself as a direct sequel. Characters and plots continued from the previous film. Bond couldn’t just get over the death of Vesper Lynd, and most of the film is devoted to his seeking revenge.

Then there were the villains, who — drawing on Bond lore dating back to the earliest Fleming novels — were slowly revealed over the course of the Craig-era films to be part of a shadowy umbrella organization called SPECTRE. Fleming introduced SPECTRE in 1961’s Thunderball, specifically designing it to be unlinked to any nation-state. Although he was writing during the Cold War and knew Thunderball would be adapted into a movie, he feared it would be over by the time the movie wrapped production, and thus, the stories would feel outdated. So the aims of SPECTRE and its leader, Dr. Ernst Blofeld (played in the latest movies by Christoph Waltz), have always been a tad unclear. It’s an empty shell into which each era can pour its own fears.

Meanwhile, in fighting SPECTRE, Bond has come to feel a lot less like a spy and a lot more like a ... superhero? In 2009, Robert Arnett convincingly argued that Casino Royale was designed and structured like a superhero origin film, much like the ones that flooded the cinematic landscape around the same time, like Spider-Man (2002), Batman Begins (2005), and Iron Man (2008). Each of these films rebooted the mythology of their iconic title character with a broodier, darker figure at the core, allowing him to spend the whole film becoming the hero we know he’s going to be. Craig’s Bond even saves the “Bond ... James Bond” line for the very end of Casino Royale, taking up the identity just like Spider-Man and Iron Man did. Then the familiar theme plays, and the fans cheer.

So it’s not too surprising that the five Craig-era Bond movies mimic the arc of a superhero rather than working as just five fun, loosely connected spy movies. They suffer at times from ponderous retconning and end-tying (particularly 2015’s Spectre and, to a degree, 2012’s Skyfall), all in an effort to tie everything to SPECTRE and also to Bond’s youthful backstory; like many a superhero before him, it turns out, he’s an orphan. But whenever Craig dons the tuxedo, you get the feeling it’s less of a natural second skin (as it felt on Connery and Brosnan) and more of a cape or disguise, a uniform for carrying out a mission.

The villainy that emerges in No Time to Die seems ripped straight from the last few installments of the Avengers cycle, with a central figure who claims that all he wants to do is help mankind evolve in a better direction. (That villain is played by Oscar-winner Rami Malek, and his performance is, unfortunately, very bad.) No Time to Die exists to wrap up lots of plot lines — it feels, like 2019’s Avengers: Endgame, like the end of a cycle, a grand epic about sacrifice and the future of mankind. But it also gives us a Bond with more emotion and maybe even humanity than many of his predecessors seemed to possess.

For one thing, he’s definitely been aging. No Time to Die can’t stop pointing out how old Daniel Craig is (around 50, when he shot the movie), and how a new generation is poised to take over both the heroism and the villainy of the previous one. Bond briefly loses his 007 designation to a younger agent (Lashana Lynch), who wouldn’t dream of the kind of personal behavior Bond canonically engages in on the job. He fights alongside a CIA agent named Paloma (Ana de Armas) and seems surprised when he realizes she’s really good at what she’s doing. The world that Craig’s Bond inhabited is passing. It’s only a matter of time before we get an M (currently Ralph Fiennes) who’s of the new era, too.

So now the question remains: What will the James Bond of the future be like? At least for now, it seems likely that superhero franchises will keep driving box office revenue for years to come; it seems unlikely that MGM, the studio that produces the Bond films, wouldn’t keep banking on a superhero-like Bond. The flexibility of 007 to inhabit the cinematic tropes and fears of his time has always been to his advantage. Bond is a cipher for an age, and he’s already battled evil global superpowers, would-be nuclear terrorists, and the issue de rigueur of the day — environmental catastrophe.

Well, the great film producer Samuel Goldwyn (whose name is the G in MGM) allegedly said that one should “never make forecasts, especially about the future.” So I don’t know what the next Bond looks like. Perhaps he (or she) will become more tech-savvy. Or maybe future installments of the franchise will go back to space to take down some evil billionaire who’s gadding about while the world dies beneath them. It seems probable that the next James Bond won’t be yet another white guy with a posh accent; maybe a fresh perspective will bring new ideas to the franchise, new ways into a story that’s getting very old.

Because, at the end of the day, what does James Bond have left to say? He’s a relic of an era in which it was comforting, and plausible, to imagine super-secret spies who serve a government’s interests and, in the process, protect all of us from harm. Today, with networks of billionaire elites providing ample fodder for conspiracy theorists, many of whom might style themselves as the patriotic agents who have to take down the villains, the Bond setup, with a philandering tux-clad superhero of sorts at its core, might just not hack it anymore.

Then again, when Daniel Craig was cast as Bond, the series felt like it was entirely out of juice. So who knows what will happen? It could be that it’s time to let the Bond franchise die. Or perhaps, when all is said and done, it’s still ... well ... you know the joke.

No Time to Die is in theaters now.