How to Talk to Your Family About Climate Change 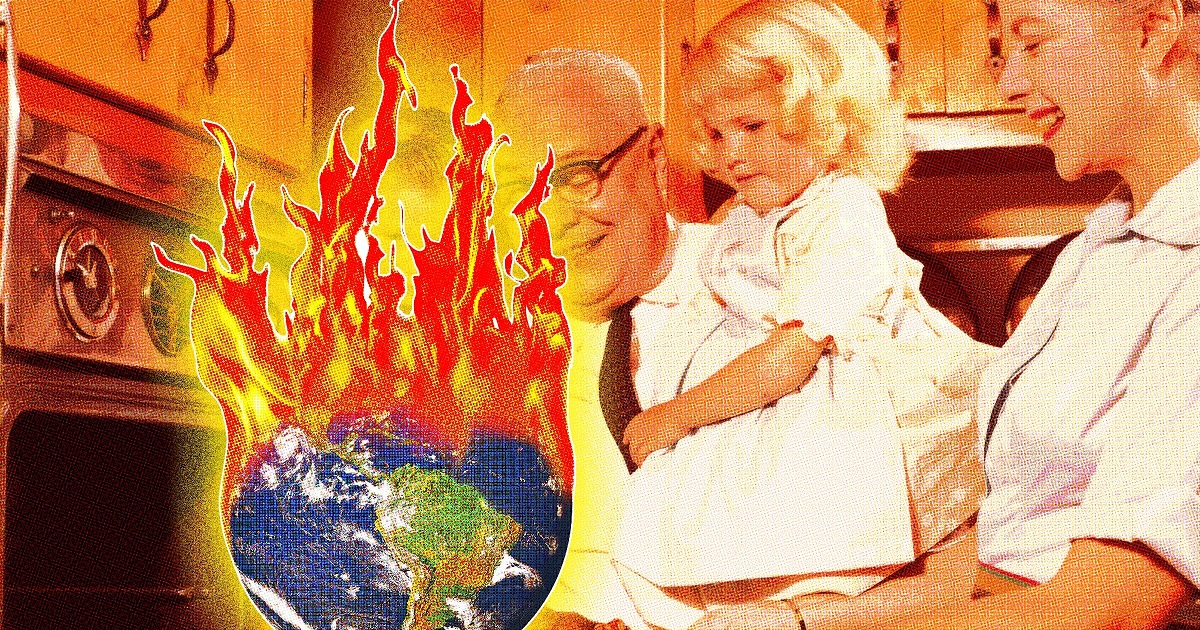 Does the holiday season feel a bit warmer to you this year? Well, it’s not just that new sweater your grandma knit for you.

Climate change has already caused a rise in global temperatures, and arguably led to increasingly extreme weather. While your relatives might not believe it’s as big of a deal as people make it out to be, we want to give you a handy guide to help possibly convince them otherwise.

As You Pass the Mashed Potatoes

Climate change is the shift in average weather patterns over a long period of time. However, it’s being rapidly exacerbated by human activity such as burning fossil fuels, deforestation, and pollution…

…and it could mean the end of all human life as we know it.

We’re only kind of kidding. This year has been filled with studies about how climate change will slash crop yields, rapidly melt glaciers, and cause “endless suffering.“ It could also lead to a host of unknown, unintended consequences such as the recent deadly scorpion swarm in Egypt caused by torrential rainfall in the desert region.

At the heart of the matter are anthropogenic — that means “human-caused,” uncle Fred — factors such as the burning of fossil fuels and deforestation. Luckily, world leaders are beginning to slowly take action. In November 2021, the United Nations held its Climate Change Conference in Glasgow, Scotland to set goals and discuss frameworks for combating the issue.

Hearteningly, both the US and China — two of the biggest greenhouse gas emitting countries in the world — agreed on a working deal to stay within the 1.5 degrees Celsius limit on global warming. That number is widely seen as the “point of no return” for climate change that could result in the most disastrous and long term effects of climate change such as massive flooding, widespread species extinction, and deadly drought.

The US-China deal is a good framework for the countries to cut back on both deforestation and greenhouse gas emissions. Also, roughly 140 countries at COP26 also agreed on dates to bring their emissions down to net zero. Many are phasing out the use of fossil-fueled powered vehicles entirely, opting to embrace electric vehicles too — so it’s not all doom and gloom!

If You Wanna Ruin the Evening

Wait, maybe it is all doom and gloom, actually.

In the middle of dinner, grab your wine glass and clink it as if calling for a toast. Once everyone quiets down, loudly announce to your family that meat consumption is the primary driver of greenhouse gas emissions and they should all be ashamed of themselves. Grab the turkey and hurl it through your family’s picture window.

More on climate change: The Climate Projection for 500 Years From Now Is Unbelievably Bad