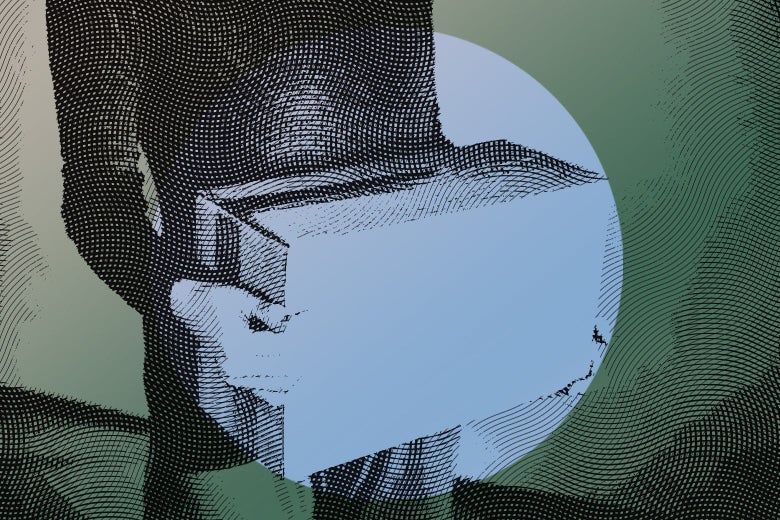 Pay Dirt is Slate’s money advice column. Have a question? Send it to Athena and Elizabeth here. (It’s anonymous!)

Several years ago, a very close friend of mine commissioned a bespoke handgun from a very well-regarded custom shop—he spent about $5,000 specifically so he could create a new family heirloom, which he hoped would be passed father to son for several generations. Unfortunately, he was taken by an illness at an unexpectedly young age and passed away when his son was too young to be responsible for a handgun. He gave the gun to me before he died, with the understanding that I would give the gun to his son when he was old enough.

The son is turning 21 soon; in my state, that’s old enough to own a pistol, and the kid seems to have a good head on his shoulders. He’s on track to graduate college, on time, and when he does, I was planning to give him the pistol his father wanted him to have, or at least give him the chance to take it. I mentioned this to his mother, my late friend’s wife, and she asked me not to offer the son the handgun and instead to keep it myself. The two were not on good terms before my friend got sick, and I’m worried she’s denying her son an object his father very much wanted him to have out of a lingering spite. That said, I don’t have the full mental health background on the kid, so I can’t say for sure if her discomfort is rooted in the potential that he might hurt himself with it. Should I keep the firearm? Should I ask the young man if he wants it? I would feel extremely uneasy keeping such a valuable item for myself, but even more uneasy if someone came to harm because I forced it on a person who shouldn’t have had it. What’s the protocol here?

I think you should ask the mother why she doesn’t want her son to have the gun. If she mentions any history of self-harm, aggression, or anything similar, then you have reason to be cautious. But your friend intended for his son to have it as something that would be meaningful to the family, and absent any red flags that indicate that the son might not be capable of taking care of it responsibly, I think you have to honor your friend’s wishes. If the mother believes that the heirloom presents a danger to the son, you could sell it and give him the proceeds, but you have to use your judgment about what your friend would want you to do in that situation.

But if you don’t have cause for concern, I don’t think it’s fair to the son to hide the fact that his father intended him to have the gun, regardless of what his mother says. This should be a conversation you have with both of them.

My mom is in her 80s and in good physical and mental health. My siblings and I are in our 50s and 60s. Mom has a tiny monthly income and only $70,000 in savings left. It’s enough to pay her mortgage, utilities, and insurance premiums, but there is nothing for extras or even other necessities, such as hearing aids and house repairs. Her house is in poor repair and underwater. Until recently, she lived there, depressed and bored and eating poorly, with one of my siblings.

Fortunately, I have means, and after years of trying, I was able to persuade her to move into a beautiful senior living facility, for which I pay the cost. She is thriving there. She loves having a beautiful and modern apartment, restaurant-quality meals, fun activities, and friends. I am very happy to see her happy. That’s the good news.

The bad news is that I’ve discovered that she has been using her meager means to cover the back-due child support and mortgage payments for my siblings. There is a long-standing co-dependent dynamic here that I can’t solve. But it upsets me that my siblings continue to use my elderly mother to meet their obligations and that I am now, by covering her bills, helping make it possible for them to do so. My sibling continues to live in her house. I am not sure what, if anything, I should do. My mom is competent to make her own financial decisions, even if those decisions are bad. If I point out that I am making it possible for her to pay my siblings’ bills, she will move out of the place she loves and back in to her house with my sibling rather than telling my siblings to deal with their problems. When I ask my mom where this will end, she says when she no longer has any money to give. Given how little she has, I suppose that won’t take long. Any advice?

—Mom Gives Until It Hurts

Dear Mom Gives Until It Hurts,

I think it’s reasonable to point out to her that you’re effectively subsidizing your siblings and that this isn’t particularly fair to you. But it is your mother’s money, and she is free to disburse it however she wants, whether you believe the recipients are deserving or not. You should consider, however, that doing this doesn’t just help your siblings; it probably means something emotionally to your mother to be able to help them. So it’s not just an issue of deservedness. It sounds like it makes her happy to do it. That’s something you need to take into account before you intervene.

That said, I also think it’s reasonable to talk to your siblings about their willingness to take your mother’s money. They need to understand that her resources are finite and diminishing, and they’re not entitled to them. It may help to bring them into a discussion of long-term planning for her, so they understand the stakes and the position they’re putting you in—and the position they’ve put her in.

Growing up, I spent quite a bit of time homeless. Through most of my adult life, I made minimum wage. Then somehow I stumbled upon a career I’m apparently really good at. I started at $12, then $16 … $24 … $32 … $37, now the equivalent of $74 an hour, over the last six years. I was able to afford for my husband to leave his minimum-wage job and go back to school. But besides that, I have no idea what to do. I can’t justify spending money on anything, so it just sits. I keep buying all the cheap, low-quality stuff I’m used to. I want to be able to enjoy a better quality of life, but it terrifies me. How do I break my mind of this block?

—Too Much, Too Fast

Dear Too Much, Too Fast,

A lot of people who grow up in poverty have the same orientation toward money that you do, because being homeless is a traumatizing experience. Your continued habit of buying cheap, low-quality stuff is a function of not wanting to be in that place again, and being afraid to spend money, lest you find yourself with less of it than you need.

But there are ways to learn to spend money enjoyably and responsibly without putting yourself at risk. First, you should talk to a certified financial planner, so you can get a realistic idea of how and where you should be allocating your money, and you can give yourself a budget for spending that you feel comfortable actually using on things you want and enjoy. Finding a good planner can be overwhelming, but there’s an abundance of free information online to help. And hiring a planner will enable you to think of that money as funds that are really at your disposal to spend and not just accumulating in case the worst happens.

Secondly, you should talk to a therapist, if possible. Your anxiety about money is normal in your situation, and I think it would help to work through the root causes of it so you can come to terms with the fact that you’re not in the same place now and can safely enjoy what you’ve earned. It’s worth your while to spend some money to gain some peace of mind.

My 66-year-old mother and I (43) have a complex and odd relationship. I feel like she treats me more like a sister than a daughter. She has begun telling me and my 10-year-old son that when she dies, she will be leaving her home to him so that he “can have a home that is already paid for.” I cannot stand this idea, not because I want her home or any of the things in it, but because I feel to put that kind of pressure on any child is wrong. I want him to grow up and be able to make his life however and wherever he chooses, not feel like he has to stay here to look after his grandmother’s home. Honestly, I feel like it’s supposed to be her not-so-subtle way of telling me not to expect anything when she dies—if that’s what she wants, so be it. I just want to know what I can do to help my child when this happens.

—Need Help for My Son

I wouldn’t worry too much that if your son inherits your mother’s house that he’ll feel obligated to live there. If he’s old enough to actually take ownership of the house at that point, he can make his own decisions about whether to keep it or sell it. I don’t think most people would feel an obligation to construct their major life decisions around something they didn’t ask for that Grandma told them they’d get when they were 10. If your son mentions the house or expresses concern about his potential inheritance, you can talk to him one on one about his options, in an age-appropriate manner.

But it seems like your real issue here is your relationship with your mother and the fact that she might be planning to skip you entirely and leave everything to your son. Sometimes people leave everything to their grandchildren and nothing to their children because they believe their children are already self-sufficient. Sometimes they do it to be manipulative. I think you need to tell your mother how you feel about the situation. If she’s not being manipulative, she may not realize that this is hurtful to you. And if she is being manipulative, I think you just have to accept that she can do whatever wants with her house and lower your expectations for what she leaves you. If the worst-case scenario here is that your son gets a house he doesn’t really want, then it’s probably best to cross that bridge when you get there.

I have a co-worker who just found out she’s pregnant. She’s only 21, already has a 3-year-old, and recently started taking online classes toward a bachelor’s degree. She can’t afford another child, and she seems to be at the end of her rope. Is there a way for me to bring up the subject of abortion in a way that’s gentle, nonjudgmental, and informative?