Now Explain What the Problem Is 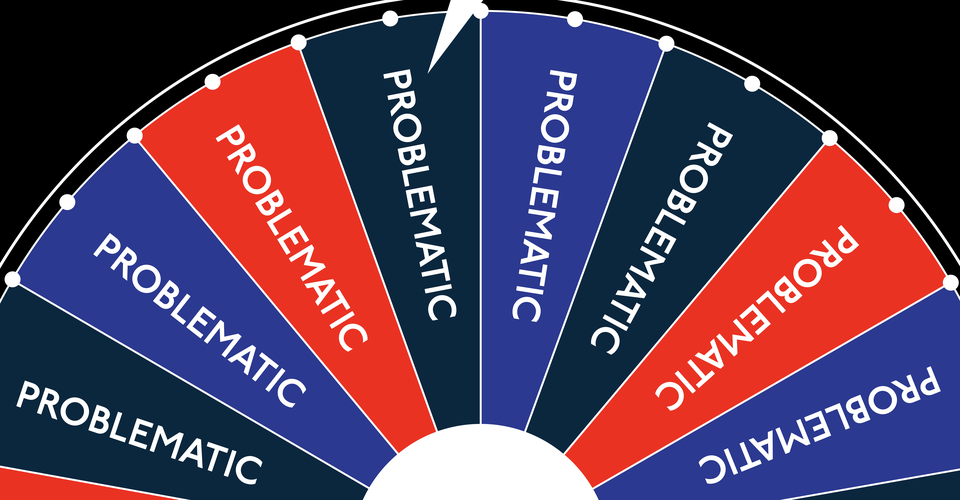 Academics like me love to describe things as “problematic.” But what do we mean? We’re not saying that the thing in question is unsolvable or even difficult. We’re saying—or implying—that it is objectionable in some way, that it rests uneasily with our prior moral or political commitments.

For instance, when I described applying Ancient Greek free-speech ideals to social media as “problematic” in a recent article, I wasn’t saying that Socrates’s audience was impossible to please. I was saying that these practices were premised on exclusion in a way that modern egalitarians won’t like. Or when my Oxford colleague Amia Srinivasan describes stand-up comedy in Los Angeles as “problematic,” she’s not saying that she struggled to understand the jokes. She’s saying that they relied on sexism in a way that she—and everyone—should find morally bad.

In principle, every usage of the term problematic should be followed by an explanation. Is the situation or person in question unjust, immoral, or unfair? Racist, sexist, or otherwise bigoted? Wrongheaded, perhaps, or just plain wrong? All too often, the explanation never comes.

Snark artists on Tumblr have parodied pretentious, pejorative uses of problematic for years. Yet today, they are as popular in mainstream publications as with professors. According to a recent article in Scientific American, JEDI is “problematic” as an acronym for “Justice, Equity, Diversity, and Inclusion” initiatives because, among other issues, the Jedi protagonists in Star Wars employ “toxically masculine approaches to conflict resolution.” Elsewhere, we’re told that the facial features of Bond villains are “problematic” because they cast aspersions on people with disfigurements, or that West Virginia’s long history with the coal industry is “problematic”—at least, according to members of the Rockefeller family.

Which other academic buzzword can boast of going so decisively and pervasively mainstream? Conventionally, problematic just means “presenting a problem or difficulty,” a usage that The Oxford English Dictionary traces back to 1609. But this definition can’t explain the word’s current popularity.

Like the verb problematize, the adjective problematic came into its own in the 1980s with the importation of French structuralism into American academia. The philosopher and historian Michel Foucault presented “problematization” as a process whereby something previously taken for granted comes to be understood as a problem to be addressed.

We ultimately owe problematic, however, not to Foucault, but to his Marxist colleague Louis Althusser, for whom the phrase la problematique described a structured, theoretical system through which ideas are processed. Incidentally, Althusser also strangled his wife, Hélène Rytmann, to death in 1980. The fact that many who embrace his terminology today would now reflexively describe Althusser himself as “problematic”—instead of “misogynistic” or “violent”—illustrates how successfully the word has slipped the bonds of social theory to become an all-purpose term not of art but of opprobrium.

Problematic may have escaped the academy, but scholars and teachers still bear a lot of responsibility for its current use. Like any casual Twitter user, academics use problematic as an innuendo, or better yet, an “insinuendo.” Rhetorically, this usage divides our audiences between those who know already what our commitments are—in many cases because, on a politically homogeneous campus, they share them—and so are presumptively in the know about what we find objectionable. To this audience, problematic indicates where the problem is; they do not need to be told what it is.

Yet for those who, for whatever reason, don’t belong to this community of judgment, the effect is very different. Problematic implies that they, themselves, may present a problem. They are offside, and they better get onside, and quick—whether they understand the objection or not.

In effect, problematic communicates that those who don’t share our commitments at the outset are not worth arguing with, let alone persuading. It relies on a subtle sort of bullying in place of mutual justification. It excludes, rather than explains.

To say that problematic functions as an exclusionary rhetorical strategy implies intent, but I blame intellectual indolence more than malice. In my field of political philosophy, we like to do things with words; we are less attuned to the ways in which words do things with us. Academics are also human beings, often with imposter syndrome, and we come to rely on words such as problematic precisely because they are vague enough to preempt objection. Students, especially, would rather agree with us than admit that they don’t understand what we mean.

In this way, problematic is highly efficient. But it is also disastrous for learning.

This is why I find the word problematic to be, well, problematic. I object to its proliferation not simply because it encourages sloppy thinking and poor communication among scholars and students alike, but because it divides audiences into in-groups and out-groups based on unstated, but assumed, commitments. Moreover, by failing to express our own specific objections, we academics insulate ourselves from critique. We make ourselves unchallengeable as teachers and so fail our students and ourselves.

Now here, someone might object that I’m being too hard on my fellow professors. Words such as problematic may be exclusionary, but they also allow us to share our provisional judgments or suspicions out loud without having to justify ourselves to others. One might argue that this freedom is valuable, especially for marginalized individuals, upon whom the burdens of justification fall disproportionately. If a society regularly inflicts injustices, large and small, on members of a given racial group, for example, that group’s members should be able to speak up without having to explain themselves with philosophical precision; let the people at fault figure out what they’ve done wrong, for once.

I take this objection seriously. Still, I doubt that the benefits outweigh the harms, particularly in the classroom. One might rephrase the worry as follows: “The word problematic is valuable because it allows those of us committed to social justice or equity to exclude the right people in the right way.” But how can we know, for sure, who the right people to exclude are? Or who among our opponents today might not be on our side tomorrow?

More pressing, I see it as my job to communicate effectively to all of my students, as well as to all of my readers, and to teach them how to reason morally and politically, whatever their commitments. Problematic may show our students and readers how to be—or rather how to sound—righteous. But it does not encourage learning or reflection on how to be right.

So the next time anyone, including your professor, describes something as “problematic,” please let your next question be: How so?