Photos: The Arduous Journey of the Haitian Migrants 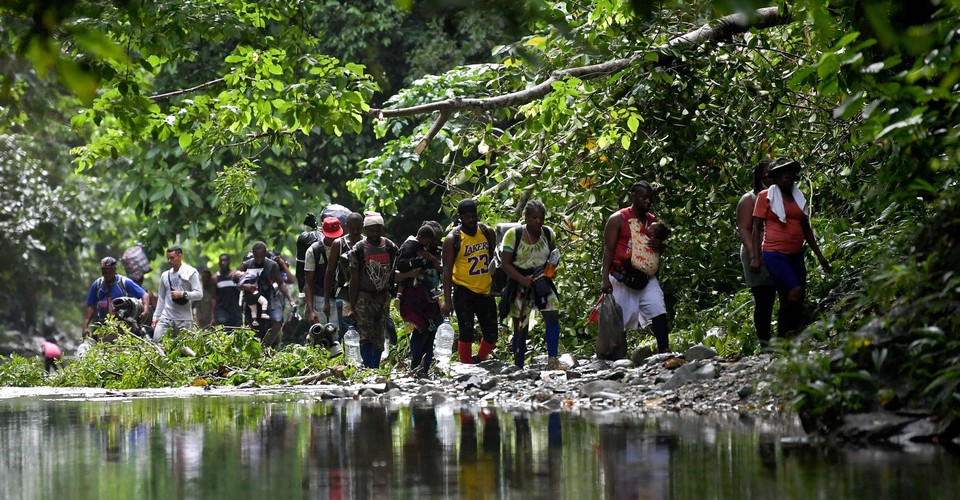 Since the country’s devastating earthquake in 2010, which killed more than 200,000 people, tens of thousands of Haitians have fled their crisis-burdened homeland, many traveling to parts of South America. Throughout this year many more have fled, joining previous Haitian expats who have not yet found places to settle—as well as migrants and asylum seekers from many other countries—to make the challenging journey north to the United States border. Individuals and families hoping for new opportunities and a better life have passed through Colombia, entering Panama and traversing Central America. The trip is dangerous, full of obstacles, and covers thousands of miles, some of it through roadless jungle. The arrival of a large group of migrants who recently made it to the U.S. border near Del Rio, Texas, grabbed national headlines, but they have since dispersed—thousands were reportedly released into the United States, more than 4,000 were deported to Haiti, and most of the rest are traveling back into Mexico for the moment. Gathered below are images from recent months of some of the thousands of Haitians (and others) making their perilous trip north.