Photos: The Journey of Little Amal 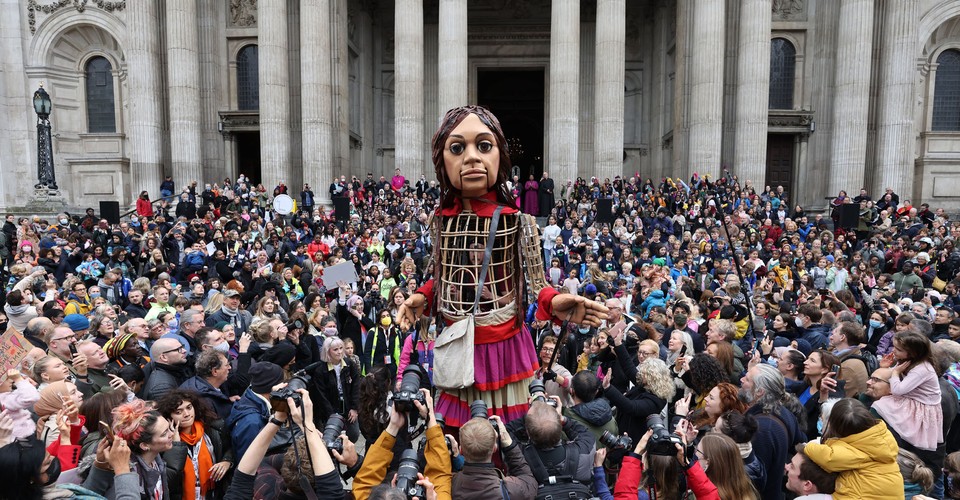 For the past several months, Little Amal, an 11-foot-tall puppet depicting a Syrian refugee girl, has been on a 5,000-mile trek across Europe, bringing attention to the plight of millions of refugees and displaced children around the world. The Handspring Puppet Company and Good Chance Theatre worked together to build the character and embark on the months-long project titled “The Walk,” beginning on the Syrian border with Turkey, passing through dozens of cities and towns in Europe and ending in the United Kingdom. Amir Nizar Zuabi, the project’s artistic director, says, “The purpose of The Walk is to highlight the potential of the refugee, not just their dire circumstances. Little Amal is 3.5 meters tall because we want the world to grow big enough to greet her.”