Should you invest in little bits of paintings, cars, and comedians? 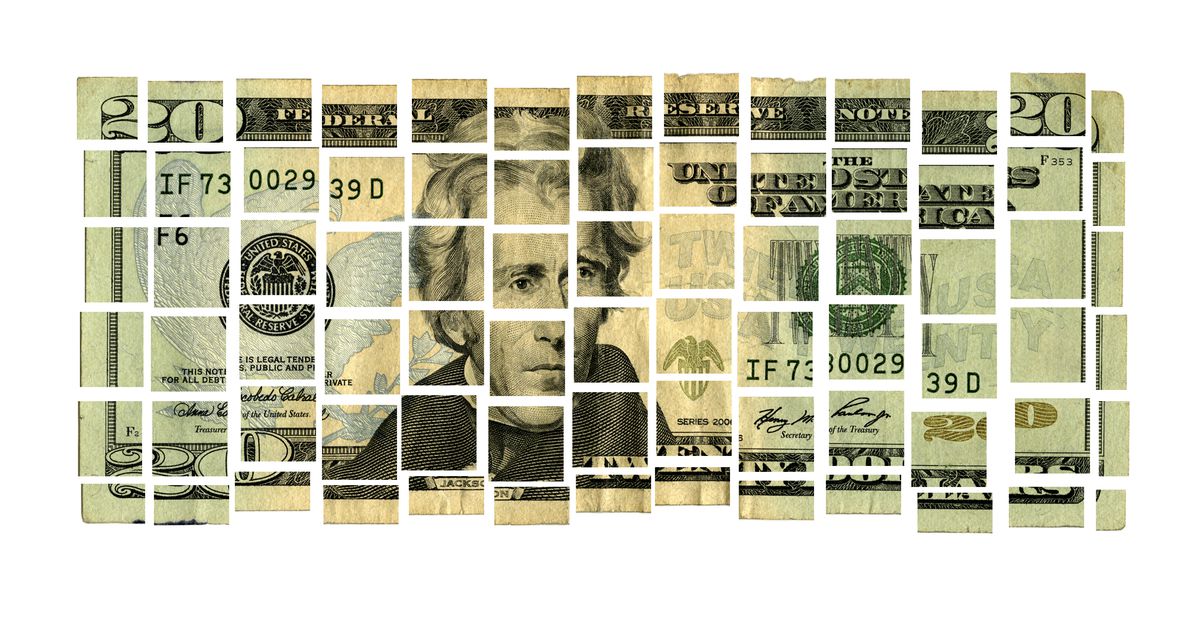 “The world’s first publicly traded comedian,” Raybould says. And unlike many of bretcoin’s board members — who include “Mark Cuban,” a.k.a. Bret’s Cuban friend Mark — bretcoin is not a gag. It’s a real asset with 100,000 available tokens currently priced at around $17,500, or about 18 cents a coin, on the cryptocurrency exchange Uniswap.

Raybould is betting that when his comedic star rises, so too will the value of bretcoin, rewarding early believers with more than just bragging rights as additional investors buy in and the price increases. He’s currently hoping to use proceeds from bretcoin to finance a film project.

“Never before has a comedian asked for fans to invest”

Raybould created and listed bretcoin with the help of 17-year-old high school student Matthew Garchik, who sought him out on Twitter. When the comedian mentioned his desire to start a cryptocurrency, Garchik — a fan of Raybould’s standup — told him, “Say no more.” The pair brought the token to Uniswap, a decentralized crypto platform that operates on the ethereum blockchain.

While bretcoin is a bit of an anomaly in the finance world, the publicly traded comedian is part of a larger movement that is changing the way the world invests its money.

With emerging technologies such as blockchain, the increasing power and importance of retail traders, and a growing appetite for new assets, everything from shoes to artwork to classic cars is being broken up into pieces and offered to investors in bite-sized portions through a process called fractionalization.

These new investments, which include non-fungible tokens (NFTs) and cryptocurrency, are also growing as the result of another phenomenon: a heightened distrust of traditional institutions.

Investing is garnering more interest than ever before, but surveys show that in addition to a loss of faith in entities such as government, law enforcement, and the Federal Reserve, a fast-growing swath of Americans are losing trust in financial institutions like banks.

Sophisticated Wall Street investors have been using fractionalization for years to mix and match intricate securities from commercial real estate to agriculture futures. Now, fractionalization is making its way to the general public in just about every way imaginable.

One interesting caveat to most fractional investments aimed at retail investors is that buyers don’t actually own the things they buy. They’re simply buying a stake in the asset, betting that it will rise in value and they’ll be able to sell their portion at a higher price than what they paid.

Companies like Rally Rd., which lets users buy small shares of assets like classic cars and wines; Masterworks, which offers fractional ownership in fine art and other collectibles; and Otis, which provides fractional investment in goods such as sneakers and comic books, all allow access to investment but not to the pricey assets themselves.

Each week we’ll send you the very best from The Goods, plus a special internet culture edition by Rebecca Jennings on Tuesdays. Sign up here.

Playboy, which has rebranded as PLBY Group under new leadership, became a stock market darling early in 2021 when it began selling fractional ownership in the company’s original artwork. Examples include legendary centerfold photographs of actresses such as Marilyn Monroe and memorabilia from the Playboy Mansion, like a Matisse painting that features a cigarette burn from the Beatles’ John Lennon, PLBY Group CEO Ben Kohn told me in April.

Divvying up and selling digital rights while still holding on to the physical versions and the copyrights to the works helped Playboy’s stock jump almost sixfold in a matter of months and its enterprise value nearly triple to more than $2 billion.

One of the only speed bumps to the fractionalization of literally everything has been the fear of possible action by the US Securities and Exchange Commission (SEC), which has recently begun exploring the question of what qualifies as a security and what does not. The answer to that question will be incredibly important, says Guy Hirsch, USA managing director at the online investment brokerage eToro.

When companies break up an asset and allow investors to buy and sell pieces of it, they “run the risk of that thing being a security,” Hirsch says. That’s especially true for smaller players who may not have the lawyers, business advisers, or market savvy to avoid running afoul of SEC regulations.

“The SEC would tell you [that] you have to go register not just the company or the actual asset but also the exchange on which these assets are going to be trading on the secondary market,” he explains. “Because of that, you have a lot of things that are not being fractionalized because people don’t want to break the law.”

Registering with the SEC is a potentially long and expensive process that comes with significant reporting requirements. The commission’s goal is to ensure that anything sold as a security to the public has ample safeguards for investors, opens itself up to monitoring, and can be reined in if it doesn’t meet the SEC’s standards.

That has kept many investments from being offered through brokerage firms that cater to retail clients, but it has opened up unique opportunities for shrewd investment professionals and their well-heeled clients.

Ben Tsai, president and managing partner at Wave Financial Group, decided to create a real asset fund investing in roughly 2,700 barrels of whiskey. The investment thesis for the Wave Kentucky Whiskey 2020 Digital Fund is simple: Purchase thousands of barrels of whiskey wholesale and let them age for three to five years, at which point the barrels, originally purchased for around $1,000 each, would be worth $3,000 to $5,000 apiece.

Wave then breaks the investment into fractional shares, offering clients the option to sell their shares in the whiskey business on a secondary market.

Tsai, an investment veteran who, prior to joining Wave, cut his teeth at firms like Merrill Lynch, AllianceBernstein, and Bank of America, initially considered fractionalizing things such as Japanese racehorses, clean water, real estate, and even carbon credits, but eventually settled on whiskey.

“We like the simplicity of it, and discussion around being able to insure it, being able to store it. We’re not playing with it much,” Tsai says. “And people like whiskey.”

Currently, the whiskey investment is available only to high-net-worth investors who do business with Wave. Tsai thought about making it available to retail investors but noted there were “a lot of hurdles built around that,” including SEC exemptions and possible reporting requirements.

“We like the simplicity of it, and discussion around being able to insure it, being able to store it. … And people like whiskey.”

So, even as fractionalization has allowed for a more democratized investing landscape, investing in many fractional assets remains available only to those who can easily part with hundreds of thousands of dollars for a single investment.

But that’s changing, albeit slowly. Peter Krull, CEO and director of Investments at Earth Equity Advisors, has started offering fractionalization of sustainable investment portfolios to everyday investors. Like many wealth advisers, in recent years Krull had turned away from retail clients because, in his words, “The economics simply don’t work.”

“At the same time,” he tells me, “our mission is sustainable investing for all, so we had a disconnect between what our mission was and what we could offer.”

While many players are pushing the envelope on fractionalized investments, there has also been opposition. Washington Wizards guard Spencer Dinwiddie’s attempt to fractionalize and trade shares of his contract was rebuffed by the NBA, and similar attempts to sell shares of intellectual property or patents have been met with resistance from regulators and exchanges wary of becoming government targets for investigation.

This has also kept fractionalized assets from being listed on most well-known brokerage firms, like Robinhood or Schwab. It’s why bretcoin exists on the smaller, niche Uniswap, which allows most anyone to list tokens, provided they’ve got the cash to back it with enough liquidity that investors can freely buy and sell as needed. In fact, eToro’s Hirsch, who also leads the company’s NFT arm, says most of the ideas he hears for fractionalization are not pursued.

For now, most fractionalized securities are operating in what SEC Commissioner Gary Gensler has called the “wild west,” an unregulated environment where — for now at least — most anything goes, and where buyers with the funding and access can put their money in everything from digital whiskey funds to bretcoin.

But the big question is what comes next. Gensler, who was confirmed and sworn into office in April 2021, has made a point of talking up the SEC’s plans for regulating cryptocurrencies and NFTs, and any decisions on those could be seen as applicable to all fractional assets.