The aurora could be visible as far south as New York, Wisconsin, and Washington state on Monday, thanks to a geomagnetic storm 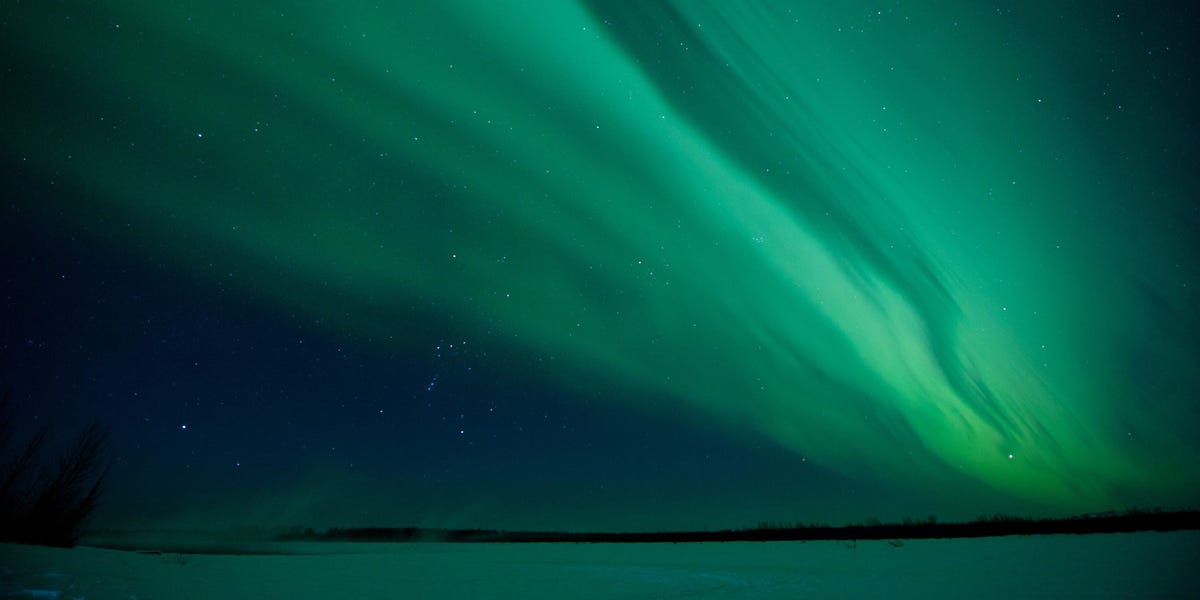 People in northern parts of the US should check out the sky on Monday night — there's a chance you'll see the northern lights.

Usually, the aurora borealis sticks close to Earth's magnetic north pole, in the Arctic. But during geomagnetic storms, the sun sends out an increased amount of energy and charged particles, which bombards Earth's magnetic field. That can lead the aurora to drift south.

The National Oceanic and Atmospheric Administration predicts that tonight, a moderate geomagnetic storm could lead the aurora to be seen "as low as New York to Wisconsin to Washington state."

To find out whether the lights could be visible where you live, NOAA's aurora forecast gives real-time updates about how far south the aurora borealis will be visible in the northern hemisphere. It also notes how far north its counterpart — the aurora australis, or southern lights — can be spotted in the southern hemisphere.

The best time to spot the northern lights is between 9 p.m. and 3 a.m. local time; head to a dark area away from city lights.

The northern lights are usually only seen in what's known as the auroral zone, or aurora oval — an area between 60 degrees and 75 degrees north latitude. They're mostly spotted in the winter, since this zone gets almost 24 hours of daylight between April and August. (Astronauts on the International Space Station, however, are often treated to spectacular views of the aurora.)

Storms like the one predicted for Monday expand that zone to latitudes farther south.

Both the northern and southern lights usually look like green ribbons in the sky, though they're occasionally peppered with red, pink, or blue hues. The phenomenon is the result of charged particles from the sun striking our planet. These get channeled to the poles by the Earth's magnetic field, where they interacting with particles in our atmosphere.

While some amount of this solar wind always floods the planet's atmosphere, sometimes the sun burps out an unusual surge of particles and super-hot plasma, known as a coronal mass ejection.

These geomagnetic storms can mess with the operations of satellites and electric infrastructure on the ground. The more solar wind interacts with our magnetic field, the stronger the potential impact. On Monday, NOAA predicts weak fluctuations in power grids and a minor impact on satellite orientations are possible.

NOAA rates geomagnetic storms on a scale of one to five, based on how much disturbance they cause. One is a minor storm that only slightly impacts satellites, while five is a major event that could cause widespread blackouts and damage electrical transformers.

Monday's storm is rated a two. About 600 of these storms occur every 11 years.

The higher the category, the farther south the aurora gets pushed. A storm rated five could lead people as far south as Florida and Texas to glimpse the northern lights.

Sign up for notifications from Insider! Stay up to date with what you want to know.
Subscribe to push notifications