The Closest Thing to a Hero on 'Succession' 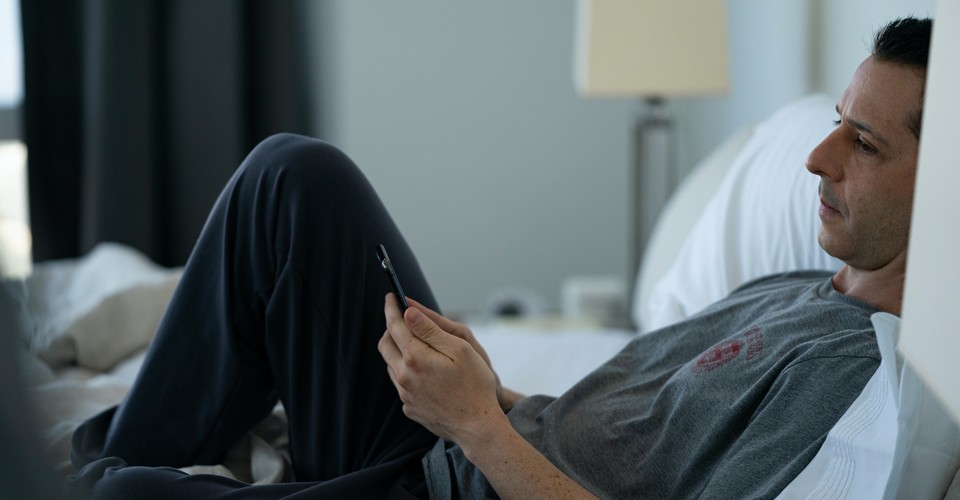 This story contains spoilers for the third episode of Succession Season 3.

There’s something haunting about the way Jeremy Strong has carried himself when playing Kendall Roy, the apparent protagonist of HBO’s Succession. For the first two seasons, the character didn’t really walk; he trudged, as if the weight of being part of the Roy empire had altered his personal gravitational field. Those physics extended all the way up to his permanent hangdog expression—a resting burdened face, if you will—with forever-furrowed brows and the corners of his mouth turned south.

From the Season 3 premiere until tonight’s episode of Succession, that version of Kendall seemed to have disappeared. Since betraying his father, Logan (played by Brian Cox), in the Season 2 finale, he’d bought into his own hype as the renegade Roy. The hangdog look was replaced by a shit-eating grin; the wearied shuffle by a cocky strut. As it turns out, though, the makeover was a flimsy mask. After learning that his sister, Shiv (Sarah Snook), has released a public statement condemning him as the product of a failed recovery process who’s suffering from “grandiose and disordered thinking,” Kendall’s goofy countenance fades. He slinks down a backstage hallway at the satirical news show he’d pressured his team to let him onto, stumbles into an empty room, and crouches in the dark. Strong’s transformation of Kendall back into a dead man walking is precise and sublime, punctuated by Nicholas Britell’s mournful piano-driven score. Once again, Kendall Roy’s sense of self has shattered.

This habit of falling apart, as Roman (Kieran Culkin) snarkily pointed out about his older brother in this season’s premiere, is Kendall’s “favorite” thing to do. But, having cut himself off from Logan, he has no one else to blame this time. Succession has always sympathized with Kendall, positioning him as the Roy sibling most likely to challenge his father’s dominance—and to suffer the most humiliation and punishment as a result. This season has shown him at his most rebellious, while emphasizing that he remains the child most clearly groomed in Logan’s image. Kendall has only ever spoken his father’s language of tough love, in which venomous insults sometimes belie admiration. The tension in this season is not just whether he—or anyone else—can sever formal ties with a toxic patriarch, but whether he can annex himself from those warped ways of thinking and acting. As tonight’s episode made clear, just because Kendall has left Logan’s orbit, that doesn’t mean he knows any other way to exist.

Listen to Shirley Li, Spencer Kornhaber, and Hannah Giorgis discuss Succession on The Review, a new podcast from The Atlantic.

After all, Kendall’s methods since his press-conference patricide at the end of Season 2 have come straight out of Logan’s playbook—and this season has delighted in the parallels. Kendall organizes his team into “action stations.” He tears Greg down, makes Shiv cry, and lies to his ex-wife, Rava. He becomes so obsessed with what the writers of the comedy news show truly think of him that he tries to ingratiate himself with them—much as Logan tries to get to the bottom of the president’s perspective by cornering a White House aide. Kendall’s copycat behaviors underline why Logan’s empire has lasted as long as it has: Even those who think they’re changing things from the inside can use only the tools they obtained from being inside.

Yet Succession argues that Kendall is still worth rooting for, because somewhere within his display of insufferable overconfidence this season is a man with a conscience, unlike his father. Kendall tries to apologize to Shiv for his misogynistic comments in Episode 2; Logan guilts her into releasing her statement. Roman has a real—albeit crude—memory of Kendall being a big brother to him, unlike the falsified anecdote about Logan he gives to a reporter for a puff piece on the family. Consider the way Kendall reacts, too, to his undoing by Shiv’s statement, versus the way Logan does when the FBI arrives at Waystar Royco’s doorstep: Kendall retreats, while Logan bellows. Kendall’s doleful response—contrasted in the same scene against his father’s fuming—suggests a crucial, belated realization that his self-proclaimed “righteous” uprising has been nothing more than peacocking. For all his talk of “not just punching an old guy in the nose,” Kendall was still only trying to impress his father. Any power he’s ever felt, any confidence he has in himself, has stemmed from Logan.

Kendall’s personal journey has been a twisted coming-of-age—and in tonight’s episode, he seems to have learned an important lesson: Pushing against his father’s values has only tethered him to them more. Such self-knowledge doesn’t come easily in a family that protects its wealth first and puts sentiment last. Maybe now, something about Kendall can change. Or maybe something already has: In the final shot of the episode, as Kendall watches the news of the FBI’s raid, Strong lets his character crack a small smile—and this one feels authentic.