The Long-delayed Guggenheim Abu Dhabi Will Open in 2026 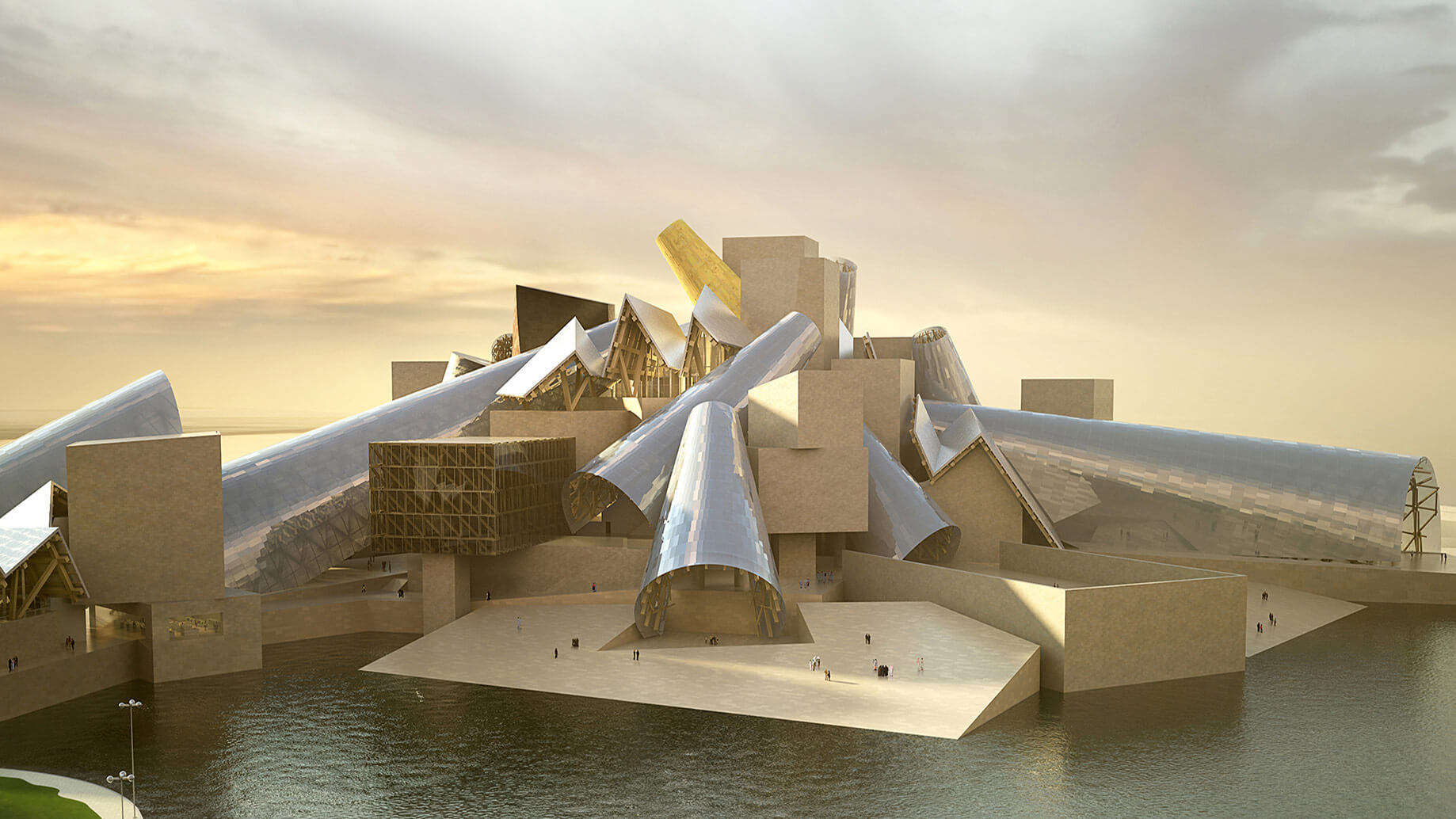 The Long-delayed Guggenheim Abu Dhabi Will Open in 2026

Twenty years after the Frank Gehry–designed Guggenheim Abu Dhabi was first announced in 2006, the museum may finally have its grand opening.

Yesterday at a press conference in Basel, Switzerland, Richard Armstrong, director of the Solomon R. Guggenheim Museum and Foundation, announced that the Abu Dhabi satellite museum is scheduled to open in 2026. At 320,000 square feet, the Guggenheim Abu Dhabi will be the largest of the Guggenheim outposts and will rise on Saadiyat Island, a ground-up cultural district run by the state-owned Tourism Development & Investment Company that also plays host to other cultural institutions like Jean Nouvel’s Louvre Abu Dhabi.

Of course, any regular reader of AN will know that this isn’t the first time Armstrong has claimed that work was proceeding as scheduled and that ground would soon be broken. In a 2019 interview with Euronews at Abu Dhabi’s annual Culture Summit, he said that the project was on track to break ground and that the museum could open its doors in 2022 or 2023. Despite numerous media outlets trumpeting that work was finally set to begin, obviously, that didn’t happen; this time the delay was partially caused by the global coronavirus pandemic. Last year the Guggenheim, confronted with a major cash shortfall after worldwide museum attendance plummeted, was forced to slash exhibitions and furlough employees, and a global construction slowdown over transmission fears didn’t help either.

In Basel, Armstrong reiterated the museum’s commitment to fulfilling Gehry’s vision. Initial plans to open in 2012 were stymied by the worldwide recession at the tail-end of the Bush years, and in 2017, Armstrong’s predecessor Thomas Krens said that the project might never be realized given the new economic paradigm and over fears that the museum could become a target for terrorists. Yesterday, however, Armstrong said that the completed museum will be Gehry’s “big, late masterpiece,” even after the size of the building was cut back from the originally planned 450,000 square feet.

Still, the delay hasn’t come without some benefit. The Guggenheim has spent the last 12 years building its acquisitions and has already built up a collection of more than 600 pieces of post-1965 artworks with a global focus. Armstrong said that some of the pieces that will go up in the new museum are of a “heroic” scale, befitting the new building’s grand size. Will the long-delayed Emirati museum finally break ground soon after a string of similar proclamations?

This article was originally published in The Architect's Newspaper.